ETA statement to the Basque Country: Declaration on harm caused

With this declaration ETA, the Basque socialist revolutionary organization for national liberation, wishes to acknowledge the harm it has caused by its armed activity, and to express its commitment to overcome the consequences of the conflict once and for all, so that such events never happen again in the future.

Over the decades, there has been much suffering in our Country: people died, were wounded, tortured, kidnapped or had to leave into exile. There has been too much suffering. ETA acknowledges its direct responsibility for this harm and states that none of this should have ever taken place and it should have not continued as long as it has. The political and historical conflict should have been resolved in a democratic and just way a long time ago. Indeed, suffering was great in our Country before the birth of ETA and now, after ETA has ended its armed struggle, there continues to be pain and suffering. The generations after the bombing of Gernika inherited that violence and distress, and it is up to us to ensure future generations inherit a completely different future.

We are aware that we have caused great pain throughout this long period of armed struggle. We know much of this harm cannot be mended. We wish to express our respect to all the victims of ETA’s actions, in that they were harmed as a consequence of the conflict, whether they were killed, injured or harmed in any other way. We are truly sorry.

Whether through mistakes or as a consequence of mistaken decisions, ETA has also caused victims among people who had no direct part in the conflict, both in the Basque Country and elsewhere. We know that, due to the various requirements of the armed struggle, our activity has harmed a number of people who had no responsibility whatsoever in the conflict. We have caused grave harm, which cannot be put right. We ask the forgiveness of these people and their relatives. These words will not cure that harm, nor will they make their hurt lesser. We say this with respect, with no wish to cause any further grief.

We understand the fact that many people believe and express the idea that what we did was unacceptable and unjust; and we respect that, as nobody should be made to feel or say what they do not believe or feel. Much of what the State forces and their regional allies have done too, even though it was done under the guise of the law, was absolutely unjust for many Basque citizens and they do not deserve to be humiliated. Otherwise we would be led to understand that there has been harm done which was just and deserves praise. ETA’s attitude to this matter, however, is different: we wish none of this had ever happened. We wish freedom and peace had taken root in the Basque Country a long time ago.

Nobody can change the past. But to distort or to try to cover up parts of that past would be one of the worst legacies anyone could leave for the future. Let us all acknowledge our responsibilities and the harm we caused. Despite having different points of view and feelings we must all acknowledge and respect the suffering of others. This is exactly what ETA wishes to express.

Precisely, as we look to the future, one of the aims we must work towards in the Basque Country is reconciliation; and it is already happening, sincerely, on many levels, among the people. Reconciliation is necessary to bring out the truth in a constructive way, to cure wounds and to build guarantees for such suffering not to happen again in the future. It is possible to build peace and achieve freedom in the Basque Country by finding a political solution to the conflict. The flames of Gernika will die down for good. 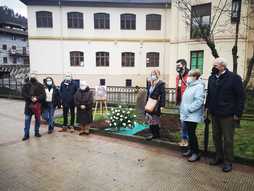 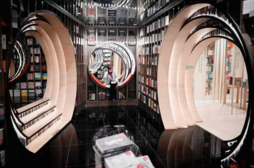 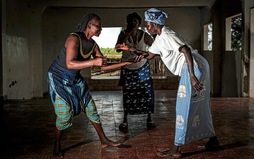 On May 25, 2018, the new European data protection law came into force. Therefore, we have updated our Legal Notice and we'd ask you to read and accept it.